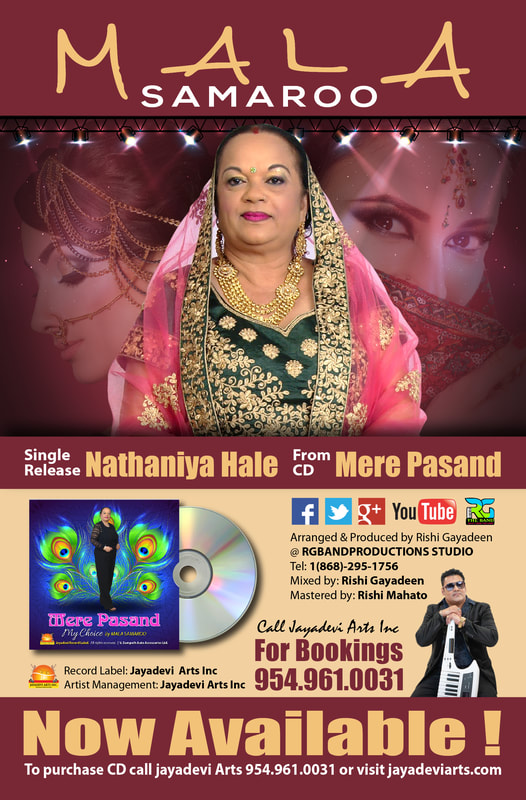 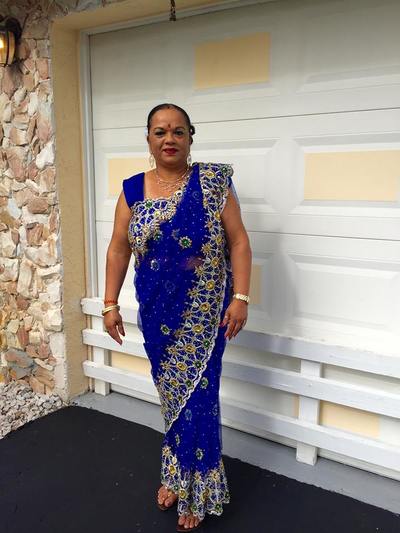 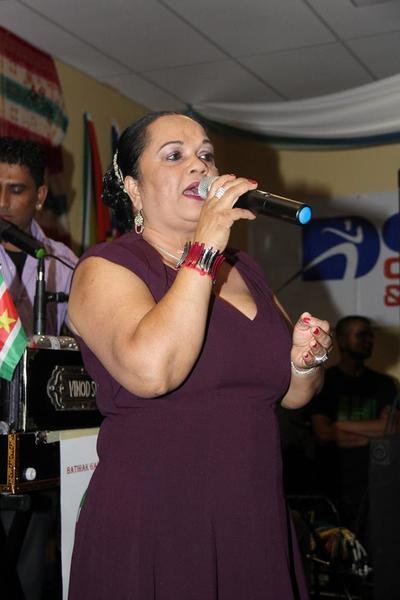 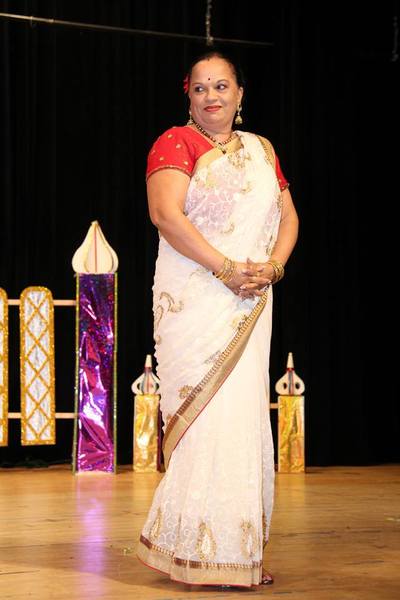 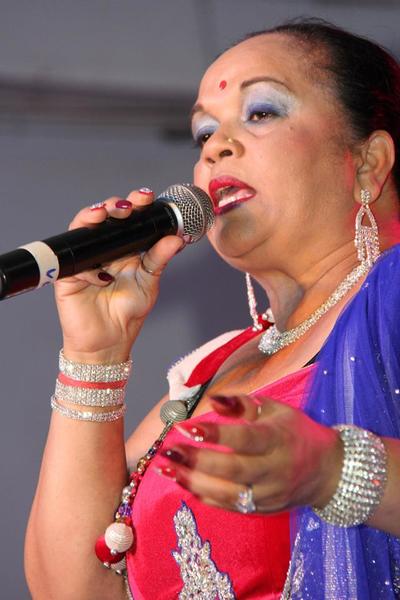 Mala Samaroo is well known for her local chutney singing, commonly referred to as the “Chutney Queen of South Florida.”. She has a very distinct and unique voice that portrays that of the late Shamshad Begum.   Mala embodies the traditions of her forefathers, adhering to the old style of music whether it is chowtal singing for Phagwah (Holi festival), wedding songs, classical, folk or religious music but her specialty is “pure, raw, hot and spicy chutney”.Mala Samaroo was born and raised in the village of Debe, South Trinidad. She came from a very musically talented family. As a child, she accompanied her grandfather, a talented drummer, on multiple cultural performances including a memorable reception attended by the late Prime Minister, The Honorable Eric Williams. She started singing at the tender age of three and diligently attended Ramayana Satsangh at various temples, where she became deeply involved in many religious and cultural activities. She was always accompanied by her Godfather, Pundit Rampersad Tiwari and her father who were in search of an opportunity for her to perform.
As an adult, Mala together with her brothers, Allan and Rajin Sinanan and a few talented musicians from her vllage formed a musical band named Soor Sangeet Indian Orchestra. They were a local favorite for weddings, religious occasions and holidays. She also participated in and won many local competitions which inspired her to continue to pursue her love singing
Mala reunited with a fellow musician and singer, Pundit Neil Persad, also from Debe, who resides in Florida and together they initiated the popular band, “Florida Melody Makers” South Florida’s longest surviving Indian Band.
Mala has performed throughtout the United States and nternationally accompanying top bands and individuals such as Dil-E-Nadan, Gayatones, Anand and Rakesh Yankaran, Sundar Popo, Sonny Mann, Boodram Holass, Terry Gajraj, Rikki Jai and many others. Mala has released four personal recordings reflecting her love for religious bhajans and classic Hindi songs.
Mala has been married to her husband Bob for 39 years and is the proud mother of four children. In pursuit of the American Dream and fulfilling her children’s desire, Mala and her family migrated to Fort Lauderdale, Florida in 1990.  Written by Shama Harrysingh.